What is Blockchain, Cryptocurrency and Bitcoin? 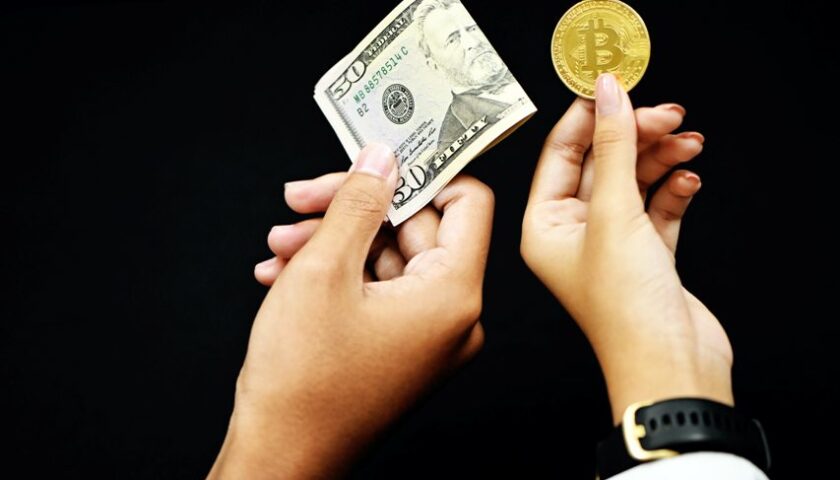 Bitcoin articles on the internet are not simple to understand. A layman will never understand what Bitcoin is if you start your articles with words like “distributed ledger” or ”decentralized database”. The very concept of Bitcoin is based on the concept of taking power from a few selected people and giving it to the general public. Hence, you have to make the general public understand what Bitcoin is if you want them to accept the “biggest thing since the Internet”.

Let us try to answer the following two questions first.

Why do we need Money?

Well, it all started barter system. Around 11000 years ago, when there were no currency notes available, people were exchanging household items such as food, cattle, or tools as money. Alice from town A would have to exchange her cow to buy a sword from Bob in town B. The problem with such system were

Hence, a new system was needed where you could avoid the barter system.

Around 5000 years ago, a workaround emerged. People started using precious items such as gold, silver to avoid the exchange of household goods. Now, you may ask, what made people use precious items?  Here is the answer:

1) Durability.  Gold is durable. It won’t perish like fruits or meat. Neither it will rust like iron.

2) Transferability. Gold is easy to send, receive and transfer.

3) Divisibility.  Gold can be divided into smaller parts and still be used as currency.

4) Scarcity.  The currency has to be scarce in nature. If it is abundant then it will lose its value and gold is scarce.

However, precious items would get easily stolen in those days. That was the time when Banks came into the picture. People would deposit all their gold with Banks and would get a receipt for the gold deposited in a paper format. The paper would have Bank’s name and signature of authorized personnel. Now, instead of carrying gold, people started carrying and exchanging paper bills. This is how the paper currency was born.  Paper bills continued to be part of transactions until early years of 20th century. Each bank would have its own currency note and at one time in the US, there were 5000 different notes in circulation. People could submit such notes in the bank and get a gold of its equivalent amount. Such system where notes were backed by the gold value is called the ‘gold-standard’. You would have heard this word before.

Around 1920, the US decided to shun the gold-standard and started issuing a new type of currency called fiat-currency. The word fiat means “no intrinsic value”. The fiat currency has no intrinsic value. It has value because some central authority tells us and we accept it. The central authority decides how much of the currency is to be printed and to be kept under circulation. It can even decide to put a ban on certain denominations.

We have chosen the central bank to act as a trusted middleman who we can’t avoid when we want to make transactions. Also,

Now, the question arises, can we bypass banks? Can we have all our transactions anonymous? Can we avoid the transaction fees?

Yes. Blockchain solves all the above problems.

Blockchain is a little different.

You can think of blockchain as a database which is not centrally located (on the bank’s servers) but distributed across the entire network (including your and my computer). It means every person on the network records transaction instead of bank recording it. Now, you will ask two very obvious questions.

Well, you can’t do that. That’s the beauty of the Blockchain.Using advanced cryptography techniques, blockchain makes sure that nobody tampers with the data on the network. Even if someone tampers it, everyone on the network gets to know that and they reject this transaction.

Let’s take an example. We all are familiar with names of the days of the week. Monday follows Sunday, Sunday follows Saturday and so on. This system has been working for thousands of years. If someone tries to tamper with it by adding two Mondays in the week, we won’t accept that. We will consider it as invalid sequence and reject it. No matter how powerful that person is, he has to change the mind of more than half of the population so as convince the remaining population. This is a really difficult job and hence the system is in place for thousands of years.

Blockchain network works in a similar fashion. When Alice transfers $5 to Bob, every user the network checks whether Alice has $5 in her account. The network also checks that Alice has not used the similar transaction reference number before. If the transaction is approved by a majority of the users, then it is accepted and stored in the database. Now, you will have a few more questions in your mind?

We know that transactions are verified by users in the network before they are inserted in the database. However, it is not possible to scavenge through the entire database every time to verify transactions. Hence, the database is broken into a number of blocks and these blocks are arranged one after another, forming a chain of blocks called the blockchain. If you tamper with any one of the blocks, the entire sequence collapses and everyone comes to know of your misdeeds. Newly generated transactions are arranged in a block which is then verified and if everyone says “all okay” to the block then it is attached to the blockchain.

Let’s try to answer your second question. Is blockchain anonymous?

Every person who is transacting on blockchain has a public address. This address is a 256-bit public key which looks like ‘1yx5koy35dahwet9769….”. So,

Although people can see the transactions happening against this public key, they don’t know the true identity of the person. Hence, your data is completely private and transactions are anonymous (or pseudonymous).

Now, you might ask what will happen if users in the blockchain-network stop verifying the blocks.

This won’t really happen. Users will never stop their computers verifying the blocks because they get a reward. Rather, these users are competing with each other to get blockchain data verified.  The user who verifies the block first gets a reward and this reward is nothing but a digital currency or cryptocurrency. This cryptocurrency will not be like a media or text file on your computer, rather it will be an entry against your name (public address) on the blockchain. It means that as soon as you verify a block, your account on the blockchain will be credited with a certain amount of cryptocurrency.

Finally, mankind has managed to invent a digital equivalent of gold which can solve our problems with the money. Cryptocurrency is a better form of a currency that world did not see before 2009 until a guy called Satoshi Nakamoto invented it and called it Bitcoin.

Now, let’s summarize what we have learned since the beginning of this article. This will quickly help us understand the remaining article

What is Bitcoin? How are they mined ?

Bitcoin is like digital gold. Bitcoin is mined when a user verifies a block in the bitcoin-blockchain. As we read earlier, the blockchain in nothing but a database divided into a large number of blocks. Now, the database could be of anything. It could be a record of names, phone numbers,  email addresses etc. Bitcoin blockchain is a database of transactions. It is a ledger divided into a large number of blocks. When transactions happen, these transactions get added into a ledger block. The user who verifies the block gets to make a special transaction. He/She gets to add a few bitcoins on his/her account in that ledger. This is similar to mining gold and keeping it in your bank. The block is then get added to the blockchain. At the time of writing this post, the reward for verifying a block is 12.5 bitcoins………….that will be around $50,000 if we convert it to fiat currency. 12.5 bitcoins are being mined every 10 minutes on the Bitcoin blockchain. Around 14 million bitcoins have been mined so far.  This represents 2/3rd of the total 21 million bitcoin limit.

Satoshi Nakamoto designed Bitcoin protocol in such a way that there will be a limited supply of bitcoins, similar to gold being available in limited quantity on earth. However, you cannot divide gold below a certain threshold. Handling gold in less than milligram levels will be an impossible job but Bitcoin is just a number in your account, you can divide it to any decimal amount and transfer. Just like 1$ equals to 100 cents,1 bitcoin is equal to 100,000,000 Satoshis.

Value of a thing comes from its demand (and supply). If you have some new product X, what price does it have? You can set a price and see if anyone buys it. If anyone finds it useful, they will be ready to pay for it. Any useful thing with a finite supply and acceptability has a value.

The reason a currency or commodity has value is that people are willing to buy it. In earlier days, Bitcoin had no value. Some people saw its potential and invested in it. For example, one of the first transactions was two pizzas that famously sold for 10000 Bitcoins. Nonetheless, trades like this helped the currency get traction. Since one person was willing to sell pizzas for Bitcoins, others thought the currency has a value.  Trade and value grew step by step over time and now, at this time Bitcoin market cap is in billion dollars.

Here are some points that make Bitcoins far better than the traditional currency.

No government controls bitcoins. That means, they can’t inflate or deflate its value. Neither they can ban it. Your savings will never get diluted.

2. Bitcoins are free to transfer

Bitcoin is not a company or a business. It does not charge its customer to use the service. It is an open source technology. As such, Bitcoin is completely free to transfer and hold.

Everyone knows where Bitcoin transactions come from and where they are sent. However, no one knows who holds a particular bitcoin address. If you want to stay anonymous, you can stay anonymous.

4. Bitcoins are easy to use

You don’t need to open a bank account to transact bitcoins. A simple Bitcoin wallet can be downloaded for free. Within minutes you can start transactions with bitcoins.

5. Bitcoins can be transferred easily

While traditional wire transfers can take a long time to process (sometimes even days), Bitcoin transactions can take just about 10 minutes to complete. You can send bitcoin anywhere and it will arrive minutes later. As soon as the Bitcoin network processes the payment, it is transferred.

Unlike paper bills, Bitcoin can not be destroyed or damaged. Unlike gold, it can’t be adulterated. Once a bitcoin is created, it stays as it is, forever.

Because Bitcoin is electronic, it is easy to store and carry. Gold is actually quite heavy and takes up a lot of physical space.