Most of the coins have recovered after a recent sharp drop of the market. XRP is the only loser from the list, falling by 1.17%. 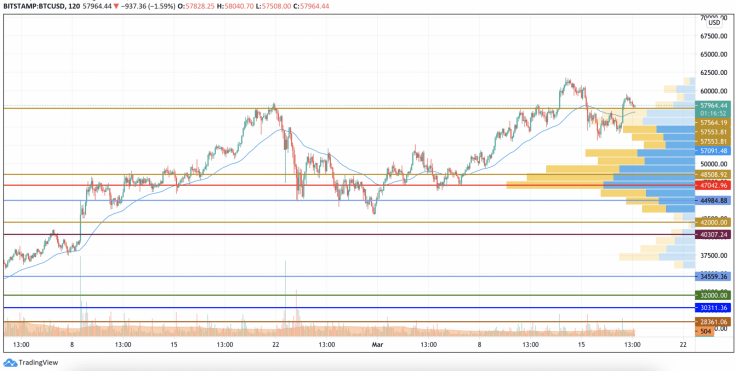 Cardano (ADA) is the biggest gainer today. The rate of the altcoin has increased by 14.24% since yesterday. 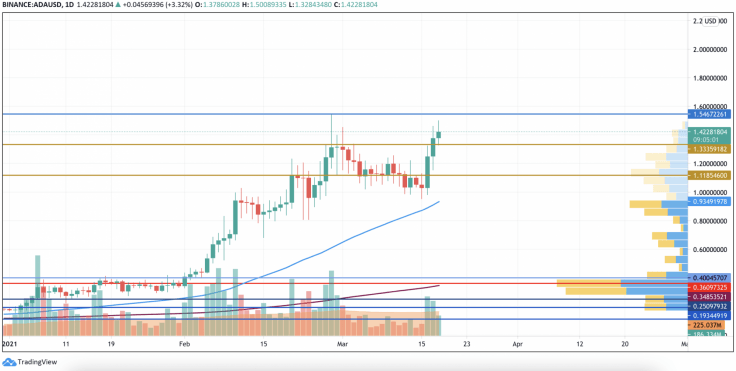 Despite the sharp growth, the rise may continue as the coin has accumulated enough power. In this case, possible bearish pressure may accumulate in the area of $1.54.

Binance Coin (BNB) is the second biggest gainer today as the rate of the native exchange coin has gone up by 5%. 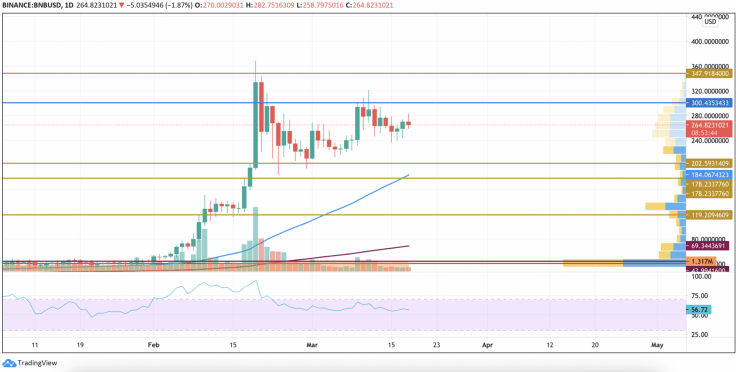 After a false breakout of the $300 mark, the altcoin is about to restest it within the next few days. Thus, the value of the RSI indicator has not reached the overbought zone, which means that a rise is more likely than a drop.

The rate of Litecoin (LTC) has not shown such enormous growth as Cardano (ADA). The price of “digital silver” has risen by 1.88% over the past 24 hours. 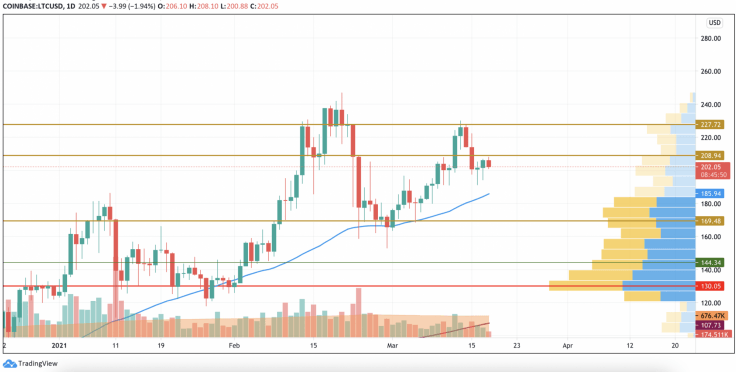 On the daily chart, Litecoin (LTC) is slightly approaching the first resistance at $208. From the technical point of view, LTC can break it and rise to the area around $227 where sellers might seize the initiative in the short-term perspective.

Litecoin is trading at $202 at press time.